PARIS, FRANCE, July 22, 2019 – PathoQuest, a genomic expert dedicated to the microbiology testing market, the leader in clinical diagnostics and biologics testing applications, today announced the appointment of Patrick Court as the Company’s CFO.  Mr. Court joins the company with more than fifteen years of experience in the field of biotechnology and medical devices. 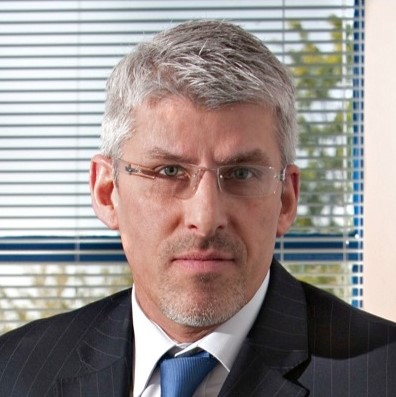 Prior to joining PathoQuest, Mr. Court held a number of CFO and COO positions in both operational and strategic roles. Most recently, from 2016 to 2019 he was CFO for Eveon, a medical device company, and Company Secretary for Arbiom, a green tech company. From 2012 to 2016 Mr. Court served as CFO and COO for Safe Orthopedics, a company that commercializes sterile implants and single-use instruments for spine surgery. During his tenure at Safe Orthopedics, he also oversaw the management of the company’s U.S. subsidiary and supported two fundraising efforts. Prior to this Mr. Court was CFO for IntegraGen, a genomic services, and molecular diagnostics company, joining the company in 2001 shortly after its inception. At IntegraGen he managed all financial, legal, governance, intellectual property, and human resources aspects of the company, later also becoming responsible for managing the company’s operations (production, information systems). While at IntegraGen he was also responsible for the creation and management of the Company’s U.S. and German subsidiaries. Between 2001 to 2009 he supervised six fundraising efforts and also support the company’s IPO in 2010. Mr. Court’s roles and responsibilities have necessitated working with diverse groups of technicians, engineers, and scientists. Previously, Mr. Court worked for fifteen years in the financial market sector, asset management, and corporate insolvency and turnaround. Mr. Court is a graduate of the Institut Supérieur de Gestion (ISG) Business School and the ESCP-EAP European School of Management.

“PathoQuest is pleased to add Patrick Court to our leadership team” stated Jean-Francois Brepson, PathoQuest’s President and CEO. “We are excited to add his talent and experience as we continue to grow our business.”

Based on the company’s technological platform, PathoQuest also offers biopharmaceutical companies a disruptive approach to secure the production of biologics like vaccines and recombinant proteins. PathoQuest’s Biological Genomic Services are currently being utilized by several major biopharma companies. PathoQuest also has a strategic partnership with Charles River Laboratories in association with the above.